I think the Dad handled the situation perfectly, though, and here's why: In his next paragraph, he reassures his son. The Dad writes, "I'm not gonna make a big deal out of this. In fact, I'm not gonna make any size deal of this..You have nothing to be embarrassed about." He doesn't shame his son; he says, "hey, I understand."

Why I Think Dad Was Right On

When our kids are younger, experts advise us to answer their sex questions as directly and simply as possible. "Where do babies come from?" does not always require a full scientific explanation. Sometimes, kids just want to know that babies come from Mom and Dad, instead of from the stork or cabbage patch or wherever else kids may have heard babies come from. We're advised to figure out what the kid is really asking and to answer that question without a lot of extra info, which may be more than the kid can absorb at that time anyway.

Don't you think that son is now more likely to come to his Dad with problems (of all kinds) in the future? I do.

If the Dad had huffed and puffed, and said or implied that the kid's actions were disgusting or immoral or wrong, or, worse yet, issued some kind of punishment or ultimatum, don't you think the kid would be more prone to simply hide his actions in the future? Less likely to approach his Dad with problems and concerns?

A deep interest in anything can lead to anything.

As probably know by now, Psy's song is poised for world domination. The Korean rapper has been on Ellen. And The Today Show. And just about everywhere else. What you may not know is that Gangnam is actually an affluent section of Seoul, and that the song, Gangnam Style, is a commentary of sorts about that region.

Today, the Kansas City Star published an intriguing article that digs a bit deeper into the song and the music video's imagery. Turns out, the catchy song is actually a pretty clever piece of social commentary.

That's how learning works in the real world. You start with one thing -- a popular song -- for instance, and end up learning about geography and history and music and media and globalization.

Want to dig deeper? Here are some ideas for a Gangnam Style unit study:

Language Arts: Write your own Gangnam Style song: Pick as aspect of social or popular culture, and write song lyrics about it. Write a paper comparing and contrasting Gangnam with an affluent US city. Identify and discuss other songs/poems/stories that include social commentary.

Business: Discuss: Why is Psy so popular in the US? How can he capitalize on the popularity of Gangnam Style? Also discuss the firing of the California lifeguards who made a parody video.

Care to add to my list? What has Gangnam Style taught you or your boys?

Posted by Jennifer Fink at 3:03 PM No comments: 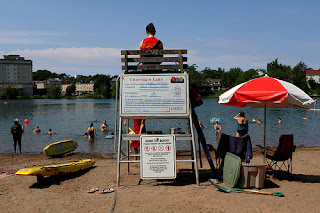