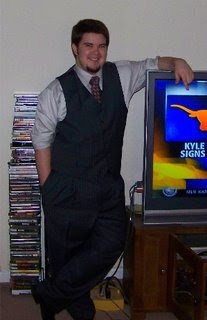 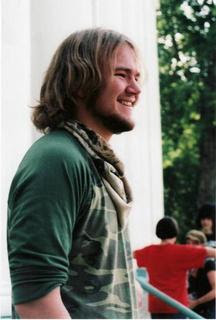 We have a real treat today! If you're a homeschooler, particularly of the unschooling variety, you may have already heard of Sandra Dodd. Sandra is the mother of three wonderful children who have never gone to school; her philosophy of life and learning involves joy and connection and can help bring peace and happiness to any family. Here, she blogs about helping her sons find their place in the world.
I have two sons who never went to school, who are now 22 and 20 years old. They are Kirby, who works for Blizzard, Entertainment in Austin, and Marty, who is still at home, has a 23 year old girlfriend, a job at a Persian restaurant, and a Jeep Wrangler he chose and is paying for himself. (They have a sister who's 17, too, but this is about boys, so I'm leaving her out of this.)
From the time Kirby was born, we gave him choices. We offered him two or more foods, let him sleep where he was comfortable, let him choose his clothes, let him veto the music in the car if he didn't like it. When there were two boys, they were Sesame Street fans, and played Ninja Turtles and Lego and ran around in costumes in the back yard and at the park with other La Leche League kids, and then other unschoolers.
They got bigger every day, as did their options. Kirby studied karate for many years, and eventually taught the children's classes at the dojo. Marty tried karate, but decided to go to ice hockey instead, for a while, and ended up roller blading and being very involved in the Society for Creative Anachronism. We gave them rides and entry fees and equipment and encouragement.
At home, we watched movies, played games, sang, built things and talked about life and fantasies and the world. They found music and movies the rest of us wouldn't have known about. They hung around collectible card shops and gaming stores. We went to medieval-themed campouts and feasts.
Time flies when so much is going on, and they were getting tall, and a little hairy. When Kirby turned 14 he was offered a real job in a gaming shop, running the Pokemon League from 8:00 to noon every Saturday. Gradually they gave him more hours and responsibility. The day he turned 16, they gave him a key to the store. Before 16, the insurance wouldn't have covered him being there alone. He worked in that store for five years.
When Marty was 15, he was offered a job working for a bootmaker, doing boots and pouches for historical re-enactment groups. When he was 17, he worked full-time in a grocery store, walking distance from our house. I loved going shopping and hearing the checkers and other workers say, "Oh! You're Marty's mom. We *love* Marty!"
We weren't doing things with the thought of getting our kids jobs. What got them jobs was that they were out and about, interested, interesting and helpful. When Kirby was twelve and thirteen, he used to help pick the chairs up after the Pokemon tournaments, and he was good at understanding rules, and was able to make other kids feel better and have more fun. He would help vacuum the shop, and help fold the monthly schedules for mailing out. When Marty was in his early teens, he would help people willingly and cheerfully at our many campouts, and at tournaments in town. He smiled and he was happy to be there.
I didn't know that just being good guys with free time could lead to jobs, but it did. Looking back, I think the best advice I can give parents of boys who are concerned that they might not become men is this: Consider them to be whole, no matter how old they are. Treat them with respect and find ways for them to be around as many people and situations as you can, and whenever possible let them make choices about how long to be out and when to go home; what to attempt and what to stall off on; what to start and what to quit.
A rich and busy life can lead to unexpected benefits, and even if nothing remarkable happens, you will have had a rich and busy life with your sons. Few parents have that. Few men grew up in the warmth of smiles and approval and opportunities to explore or to stay home.
Sometimes people ask how homeschooled children will move out into the world. Our children were never anywhere but in the world. They were present with us as much as they wanted to be. We let them be other places, without us, when they wanted to be. The world was always all around them, and they were always in their place in the world.
Posted by Jennifer Fink at 2:16 PM